Halloween has not Scared Away Home Buyers 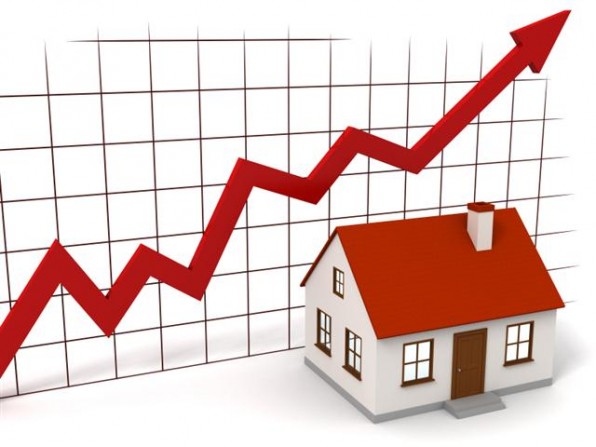 The marked erosion of affordability and purchasing power caused by the mortgage stress test and rising interest rates continue to be a drag on the housing demand. However, continuing strong performance in the economy combined with favourable demographics is expected to push home sales up in 2019 according to many market experts.

Greater Toronto Area REALTORS® reported 7,492 sales through TREB's MLS® System in October 2018 – a six% increase compared to October 2017. On a preliminary seasonally adjusted basis, sales were down by one% compared to September 2018.

The average sale price for October 2018 was up 3.5% on a year-over-year basis to $807,340. After preliminary seasonal adjustment, the average selling price was up one% compared to September 2018. The MLS® Home Price Index (HPI) Composite Benchmark was up by 2.6% compared to October 2017. Price growth continued to be driven be the condominium apartment and higher density low-rise market segments.

"Annual sales growth has been positive since the late spring. While the OSFI stress test and higher borrowing costs have kept sales below 2016's record pace, many households in the Greater Toronto Area remain upbeat on home ownership as a quality long-term investment. A strong regional economy and steady population growth will continue to support the demand for housing ownership as we move into 2019," said Mr. Bhaura.

There were 14,431 new Listings entered into TREB's MLS® System in October 2018 – down 2.7% compared to October 2017. The fact that sales were up and new listings were down year-over-year in October suggests that market conditions became tighter.

"Annual sales growth has outstripped annual growth in new listings for the last five months, underpinning the fact that listings supply remains an issue in the Greater Toronto Area. With municipal elections in the rear view mirror, all levels of government need to concentrate on policies that could remove impediments to a better-supplied housing market, including facilitating the development of a broader array of medium density housing choices," said Jason Mercer, TREB's Director of Market Analysis.

“October’s sales are truly indicative of the fast-paced market we have experienced for much of 2018,” points out Ottawa Real Estate Board President, Ralph Shaw. “In some pockets of the city, listings are not lingering on the market. Year-to-date average Days on Market (DOMs) are down 14% from 45 to 39 days for residential homes and 24% from 68 to 51 days for condominiums.”

“However, lack of supply continues to be a major driving factor in Ottawa’s real estate market,” he adds. “If we look back to 2015 and 2016, our current active inventory is less than half of what we had then, and it’s not improving. Compared to last year, condo inventory is down 34.5% while residential inventory is 17.5% lower than October 2017.”

“Ottawa’s reputation as one of the most affordable cities in the country endures with residential average prices up approximately 6% year over year, yet continuing to come in under $450,000. While average prices for condos remain reasonable and steady in the $270,000 range,” acknowledges Shaw.

“Further, the number of apartment condo projects that have been approved by the City of Ottawa will maintain price stability for this category of housing going forward. This will offer opportunities particularly for renters who may be considering homeownership since the rental inventory is also down 32% from this time last year.”

In addition to residential and condominium sales, OREB Members assisted clients with renting 2,354 properties since the beginning of the year.

“The marked erosion of affordability and purchasing power caused by the mortgage stress test and rising interest rates continue to be a drag on the housing demand,” said Cameron Muir, BCREA Chief Economist. “However, continuing strong performance in the economy combined with favourable demographics is expected to push home sales above their 10-year average in 2019.”

Despite the mortgage policy drag on the sector, strong performance of the BC economy continues to be highly supportive of housing demand. Five consecutive years of above trend growth in the province has led to a high level of employment and an unemployment rate that appears to be at a cyclical low.

The combination of fewer home sales and a larger inventory of homes for sale has helped trend most markets to balanced conditions. As a result, home price growth has slowed considerably, and is expected to more closely reflect overall consumer price inflation through 2019. In addition, a record number of homes are under construction in BC, which will provide for much needed expansion of the housing stock and greater price stability.

Citywide benchmark prices totaled $426,300 in October, trending down for the fifth consecutive month and resulting in a year-over-year decline of 2.9%.

“At the same time, housing supply levels are not adjusting fast enough to current conditions, resulting in price adjustments.”

Inventories and sales totaled 7,345 and 1,322 in October. This has resulted in months of supply of 5.6, above levels typical for this month. While some easing in new listing growth will help prevent further inventory gains, inventory levels remain near record highs for the month of October.

“With these types of market conditions, many potential buyers should be able to find the home that they are looking for with well priced listings appearing in certain price ranges,” said CREB® president Tom Westcott. “Sellers need to manage expectations and have accurate data in order to be aware of what is selling in their community.”

For each of the property types, sales activity has improved in the lower price ranges, leaving most of those segments relatively balanced. However, the upper end of the ranges has seen significant gains in supply compared to demand, which is likely having more of an impact on prices in those ranges.

The goal of the society is

The goal of the society is to create professionally well skilled students To achieve the said goal, arrangements have been made with the pioneers and front runners both in India and abroad.
cbse school in dehradun
The Health system is created in a proficient way of expanding the network in the multispecialty services. With the ever-growing population, the hospital has announced many ambitious plans that have ultimately lead to the excellence.
maternity Hospital in hisar

Our academic pursuits, along with a range of extracurricular activities, help in honing a child's skills and ensuring that he/she grows to be a mature and responsible citizen.

Engineering as a subject combines mathematics, logic and science to find solutions to our daily life problems. Over the last few decades, engineering as a profession has seen vast expansion.

college with best placement in punjab

These the two events is so

These the two events is so well in light of the fact that the organization of this event is so well. The best gatherings are partaking in this event and top5writingservicesreviews.com site help me a lot. This is the chance to demonstrate the capacities and it is a chance to twist up an outstanding. I like this article to such a degree.

This website is operated by a brokerage or salesperson who is a member of The Canadian Real Estate Association.

The listing content on this website is protected by copyright and other laws, and is intended solely for the private, non-commercial use by individuals. Any other reproduction, distribution or use of the content, in whole or in part, is specifically forbidden. The prohibited uses include commercial use, "screen scraping", "database scraping", and any other activity intended to collect, store, reorganize or manipulate data on the pages produced by or displayed on this website.